LIFE ROsalia Conservation of saproxylic beetles in the Carpathians 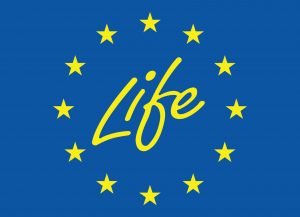 Romanian Carpathians are considered a hotspot of biodiversity in Europe, with large forested areas, including old-growth forests. Past forestry practices such as selective logging resulting in forest high grading, and removal of ancient or decaying trees reduced the heterogeneity of forest structure and composition. These practices lead to forest habitats with few veteran trees and a small amount of dead wood, which protected beetles such as Rosalia alpina*, Osmoderma eremita*, Cerambyx cerdo, Morimus funereus and Lucanus cervus rely on for completing their complex life cycles. Moreover, saproxylic species were considered pest species by traditional forestry techniques, reducing the value of timber. Romanian forestry formal and informal practices actively sought to reduce the deadwood quantity to lower the presence of saproxylic species and sometimes used sanitation logging for isolating stands with a high diversity of saproxylic beetles.

The project aims at halting and reversing the loss of priority and non-priority saproxylic beetles’ populations in the Carpathians by demonstrating conservation actions for increasing the connectivity of favorable habitats in the ROSCI0208 Putna Vrancea (Eastern Carpathians, Romania) and transferring and replicating suitable actions in other Romanian Natura 2000 sites.

The project objectives are:

– to increase the connectivity between patches of old-growth forests from Romanian Carpathians by creating 22 stepping-stone habitats in Putna-Vrancea Natura 2000 site, suitable for five priority and non-priority saproxylic beetles;

– to increase the understanding of the role and ecosystem service provided by the saproxylic beetles’ communities and associated habitats for biodiversity and forest resilience and strengthen the involvement of stakeholders and the local communities in the conservation of these species in Romania;

– to update the knowledge regarding concrete conservation of priority and non-priority protected saproxylic beetles among stakeholders from the project area and Romania by actively transferring the knowledge and replicating the techniques demonstrated during the project;

– to create and legally bind a national action plan for saproxylic beetles (Rosalia alpina*, Osmoderma eremita*, Cerambyx cerdo, Morimus funereus and Lucanus cervus) as a method to unlock the use of concrete conservation of saproxylic species at the national level in the medium and long term.